Choosing Between a Heat Pump and a Central Air System 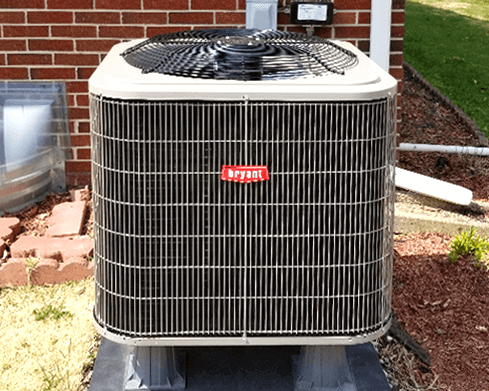 It’s a key question if you’re looking to get a new air conditioning system: what’s the difference between a heat pump and central air system? Both of them rely on the same basic technology, but they deploy it in different ways, which can has a huge effect on your home. We’re all used to central air conditioning systems, but a heat pump in Maryland makes a lot of sense. Let’s break down the two systems to show you.

Central air conditioning systems use a closed loop system that circulates refrigerant to cool the air. The refrigerant travels through a compressor valve that subjects it to a great deal of heat and pressure, then into a compressor coil that bleeds off the heat into the outside air. This reverts the refrigerant to a liquid state, though it’s still under a lot of pressure. It then moves through an expansion valve and into a series of evaporator coils. As it evaporates, it pulls heat from the surrounding air, cool it. The cool air is then blown with a fan through a system of ducts that distribute it throughout your house.

The heat pump relies on the same basic system, with two key ifferences. First, the closed loop in a heat pump is set up such that it can blow hot air into the home instead of outside. This allows it to function as a heater in the winter and an air conditioner in the summer. Secondly, many heat pumps rely on a ductless mini-split system – distributing multiple units throughout the home instead of distributing the air through ducts. Heat pumps are more efficient than central AC, though they struggle a bit when the weather gets particularly cold and they cost more to install.

If you know the difference between a heat pump and a central air system, you can determine the right type of unit for your home. The experts at Contemporary Air Systems will professionally install and maintain your new heat pump. Give us a call today!

Thank you for your submission.

There was a problem with your submission.

There was an error with your submission.

Thank you for your submission.

There was a problem with your submission.

There was an error with your submission.